I got some good stuff from Khurasan in the post recently, somewhat delayed in transit, and unfortunately short of Ursids (who must still be in hibernation for the winter). Here's some of the painted stuff, along with some of the Critical Mass stuff I got at WMMS. 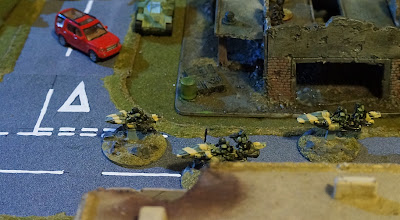 ...reverse angle showing the un-prepainted ruins got a WMMS. 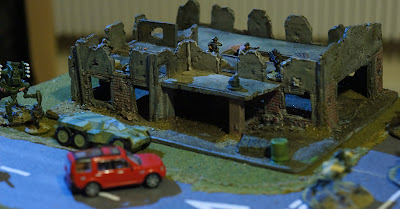 And here's another one of the ruins, more Vistula Legion troops on the roof. Khurasan's "Darling Little" Infantry Support Robot with what I think are AA missile racks turret option.

Another shot of the "Darling Little", along with Khurasan's DIMOG Armour Suit.
Posted by Felonmarmer at 20:26