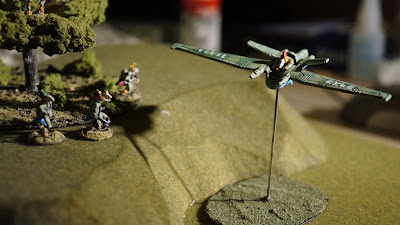 When Eric Strobe had his one man aerojet refused a licence on safety grounds, he was broken hearted. When he heard of the Harook recently encountered on a newly discovered planet he perked up and packed up his prototypes.

Unfortunately for Eric, the Harook took offence in their usual way, their flightlessness being somewhat of a sore point with them. Luckily for Eric's heirs and benefactors, after the fuss had died away, a few Harook actually took a look at the jet powered death trap and all the points the licensing body had judged dangerous counted as positive features to the Harook. 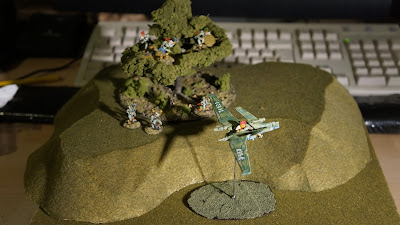 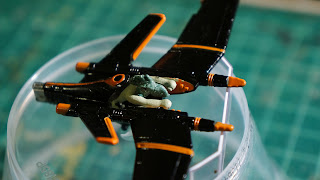 The plane is a slightly converted die-cast Tron one man light jet. The plane comes with a plastic figure, probably about 1:72 scale or so, but not too different is size to the Harook. I've green stuffed a quite crude chicken like head on it as I didn't feel like sacrificing one of my Harook for its head, as well as being uncertain as to how to attach it to the soft plastic figure. 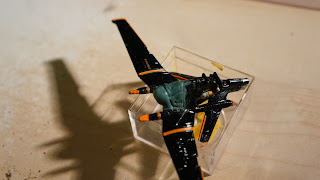 I've also extended the fuselage with some more green stuff, mainly as the balance point is between the wings and therefore there was no convenient point to put a flying stand


You can get all your real Harook from Mad Robot Miniatures. The diecast jet I got from the Works (a discount bookstore in the UK) for £1.99, along with a bunch of other Tron models which may end up being grav vehicles.
Posted by Felonmarmer at 23:15